How to Prevent Frozen Pipes from Bursting Burst Pipes are a Winter Nightmare

A quick internet search for burst pipes reveals one thing: frozen pipes are a nightmare. Sudden cold snaps can turn your plumbing on its head. But in Australia, should we really worry about frozen pipes bursting?

In a climate where we’re more closely linked to scorching summers than snowy winters, the risk is lower. Still, frozen pipes are always a possibility and you best be prepared for frigid conditions.

Who is at Risk of Frozen Pipes

If you’re in more sub-tropical climates like Cairns, Darwin or even Brisbane, you probably won’t have to worry about frozen pipes. It’s the cooler eastern states like New South Wales and Victoria that are most at risk, and Tasmania.

Most regions fluctuate with overnight temperatures below freezing in winter. Some might be one or two days, others dozens. Canberra and the New South Wales snow fields are just a couple of areas likely to see lows below 0°C for much of the year, too.

Then there are the real extremes. For example, the small town of Liawanee recorded the lowest observed temperature in Tasmania with -14.2°C in August of 2020.

Major cities like Melbourne and Adelaide aren’t exempt to frozen pipes and sudden temperature drops, though. And those sharp fluctuations are often what put pipes at the highest risk of bursting.

When water freezes, it expands and applies pressure to its surroundings. Just think of what happens when you freeze a water bottle, the plastic stretches out as the water solidifies into ice.

The same happens within your pipes when the conditions are cold enough. Water freezes and extreme pressure builds up. This can cause the pipe to rupture, or burst.

Exposed pipework alongside exterior walls is most at risk to freezing and bursting during sudden, significant drops in temperature.

How to Avoid Burst Pipes in Winter

Avoiding frozen pipes requires planning. It’s like walking out into the cold without a jacket and deciding to go back and put one on 30 minutes later. You’re already cold and numb, and could have prevented the feeling all along!

So, before the cold sets in, here’s how you can prepare.

Proper insulation is the best possible way to protect your plumbing. External pipes, such as those coming from a hot water system, should be insulated with a pipe sleeve. This not only keeps the cold out, but it retains the heat flowing through to your shower and taps.

Pipes in other exposed locations, such as garages or ceiling spaces, should also be insulated as they’re less protected from the elements. Pipe insulation can be purchased from a hardware store, while you can use sheets or blankets in a pinch as a short term option.

Maintaining a warm temperature inside the home will help your plumbing, but that’s not the only solution. A steady drip of warm water lowers the chances of pipes freezing. You won’t want to do this every day, but it is a way to keep water flowing and reduce the risk of icy build up.

Be sure to catch any dripping water for reuse, and be aware that this is just a temporary step. Insulation is the way to go.

As briefly mentioned above, flowing water is less likely to freeze up. That means regular water usage is actually a good thing in winter. Things like flushing the toilet, taking a shower and running the washing machine will help large amounts of water flow through your plumbing.

If you save these tasks for cold spells, it’s a helpful way to stop your pipes from freezing due to stagnant water.

If you’re not sure about how well your plumbing is protected, contact Mr Emergency. Our local plumbers are experts at burst pipe prevention and can provide a thorough investigation to ensure everything is up to code and ready for the cold.

And if you’re unfortunately staring at a frozen or burst pipe right now, give us a call. Our rapid response times mean you’ll have a long term fix shortly.

Home > Blog > How to Prevent Frozen Pipes from Bursting 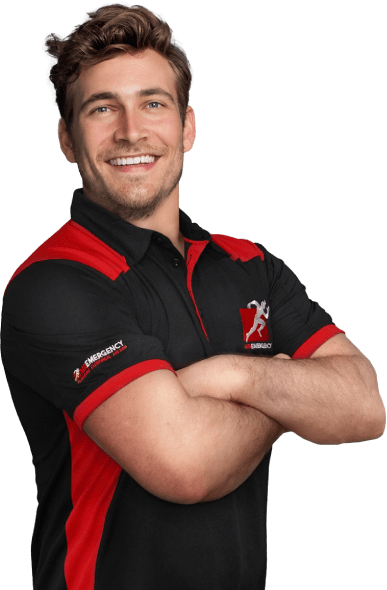